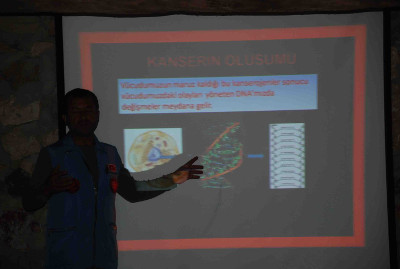 The basis of Future Without Cancer In Our Hand Project which we started as Lisinia Nature invigorated after Lisinia Project Coordinator Ozturk Sarica lost his two grandfathers, his father and many friends because of cancer and his mother got cancer, his education related to toxicology and environment, and his diagnosis about quick deterioration of nature.

One of the main actions of Future Without Cancer In Our Hand project is to reduce possible risks by living as conscious and “raised-awareness about cancer”. At the same time it is an inevidable truth, which should be accepted as people living today, that all individuals are a potential cancer patient in the future. Within this scope, with the project until today;